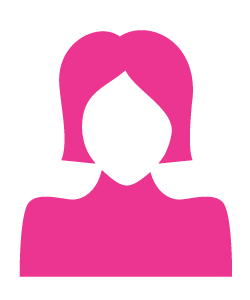 Most people have access to a smart phone and a computer. However, it takes an innovative person to use these common tools to know how to make their own lives better. I began thinking more seriously about how to use the technology I already had access to a few years ago, and I was able to make some changes that really improved my life. For instance, I began using my computer to reach out to charitable organizations to ask how to help, and before I knew it, I made this website, filled with ideas about ways to help other people. Read more here!

One of the best upgrades you could make to an olde …

Have you not been making great picks lately when i …

Owning a small business can be a beautiful thing. …

When you are running a small retail business, you …

Laying out money to pay for cybersecurity consulting can sound like a tall order at many companies. However, the evolving threats facing businesses of all sizes have created a situation where security has to be a priority. If you're wondering why you need to hire cybersecurity consultants, you should think about these three issues.

Yes, hackers have thought of attacking the biggest of the big corporations, such as the primary credit card processors. The problem for the bad guys is that many of the juiciest targets have already hardened their security. Consequently, much of today's hacking efforts involve smaller targets. It's not uncommon for ransomware attacks, for example, to hit local government agencies, small businesses, and other soft targets. Do not assume small size makes your organization less vulnerable.

Modern security intrusions often occur through automated means. Rather than expending the energy and mental effort to find and break into systems, hackers tend to automate the task. They use software to scan thousands or even millions of targets each day for vulnerabilities. Even if the tools find a potential target, they'll often use automated systems to then try to break in. Automation acts as a force multiplier for individuals and small hacking syndicates.

Unsurprisingly, the common defensive response is to automate, too. Cybersecurity consultants often recommend solutions that monitor for signs that inbound or outbound traffic is either compromised or part of an attempt to compromise the system. It's wise to work with folks who stay up to date on security issues when you're in this situation.

Most businesses operate with widely used software systems. For example, it's normal for an e-commerce store to use MySQL or one of its descendants for database functionality. This saves on startup and maintenance costs for the DB, but it also standardizes the software as a target.

Hackers tend to focus on the software they can download and test attacks against because it streamlines their processes. Also, there is money in selling new exploits against major software packages to other hostile parties. This creates a large ecosystem where everybody is gunning for devices that are running popular software suites.

Notably, vulnerabilities don't just exist where your systems interface with the internet. Internal practices may create vulnerabilities from within. If employees regularly bring USB drives from home, for example, malicious code can hitch a ride. Cybersecurity consultants like Vox Network Solutions can help your team develop the best practice for avoiding such trouble.